In response to the Governor's stay-at-home order, Library facilities are closed to the public. All programs, events and meeting room bookings are canceled until further notice.

Please click here for more information on the Libraries Department response to COVID-19 and other helpful resources.

Join us in a discussion of Americanah by Chimamanda Ngozi Adichie. A television series starring Lupita Nyong'o and produced by Nyong'o and Danai Gurira is currently in development.

Ifemelu and Obinze are young and in love when they depart military-ruled Nigeria for the West. Beautiful, self-assured Ifemelu heads for America, where despite her academic success, she is forced to grapple with what it means to be black for the first time. Quiet, thoughtful Obinze had hoped to join her, but with post-9/11 America closed to him, he instead plunges into a dangerous, undocumented life in London. Fifteen years later, they reunite in a newly democratic Nigeria, and reignite their passion—for each other and for their homeland. (goodreads.com) 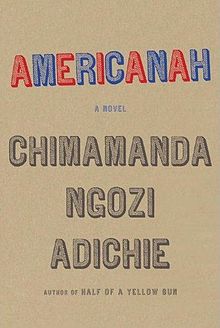