This database is a compilation of several different 3-by-5-inch index card files in the library. There are more than 10,000 records, with information on as many as 20,000 individuals. The cards were created by different people at different times in the early 20th century. The cards still exist and are available in the library.

The database is composed of three general types of record: marriage records, obituaries, and gravestone inscriptions.

The marriages are derived from three sources:

The obituaries are from the Greensboro-Patriot. They cover the period 1826-99.Both the obituaries and marriage notices from this paper were compiled by Louise Amole Sharp and published in the book Guilford County Marriage and Death Records in 1941. 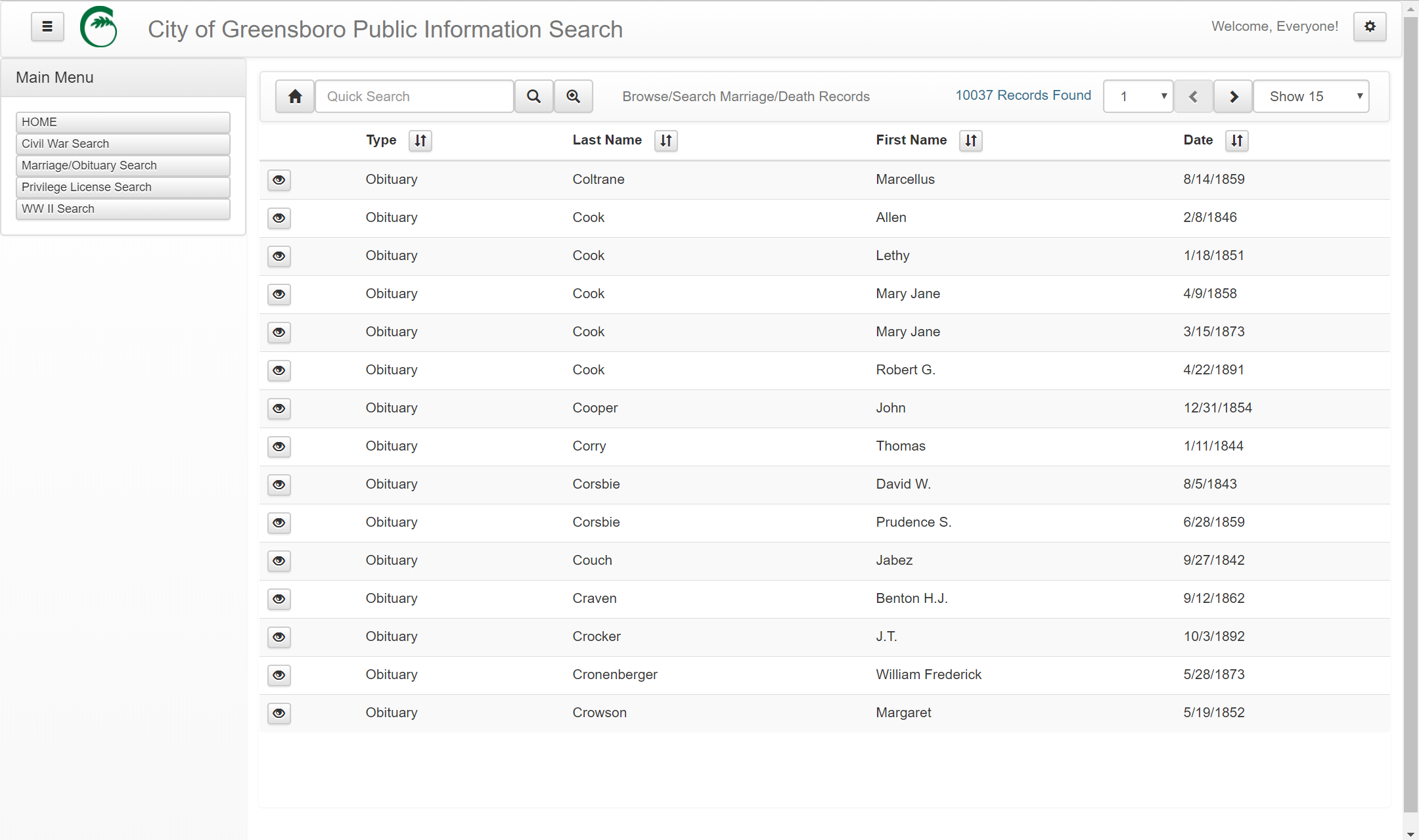